Learning piano has always been a difficult task for a lot of people. Luckily, companies like Yamaha has been trying to make a piano that is specifically designed to teach people how to learn piano efficiently. In other words, their pianos have the ability to teach you how to play it. And they do it in a very intuitive way.

There are many digital piano models on the market and the price range is varied widely. In this article, we’re going to narrow down the options for you and compare two of the most popular models manufactured by Yamaha, Yamaha YPT 260 and YPT 360. Let’s see which one of these models is the better purchase. 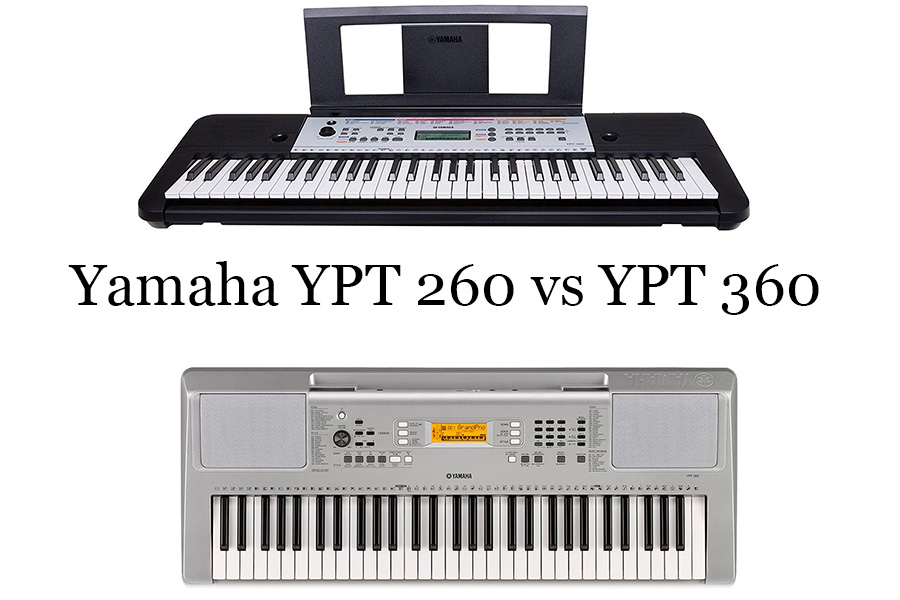 Yamaha YPT 260 is priced at $129 on Amazon and it comes with PA130 power adapter, 400 voices, 130 backing tracks and 112 onboard song, Yamaha Education Suite, and record and playback functions. This model is great for beginners and can also be used by experienced users. Very easy to play with many features created to help people learn piano. Even experienced players will learn a few things from this piano. Anyone can certainly enjoy this piano. Read also: Yamaha CP73 vs CP88

The quality of this keyboard is good. Yamaha YPT 260 is made of hard plastic that wraps all the internal chips, ports, and other parts. The case is sturdy and will stand any kind of abuse. They certainly don’t cut corners to make this piano last for a very long time.

The buttons are well made. They are rubber coated to protect them from dust and debris and make it easier to grip. The volume knob is made of metal and won’t move around while you play. Other buttons are made of plastic.

The keys aren’t weighted like a traditional expensive piano. For beginners these keys are the easiest to use. Everything is laid out nicely, numbered lists for voices, features, song bank, and other features. It will take you a short time to understand the configuration. Complete with a bright screen that displays every feature that is on so you can easily keep track on everything. 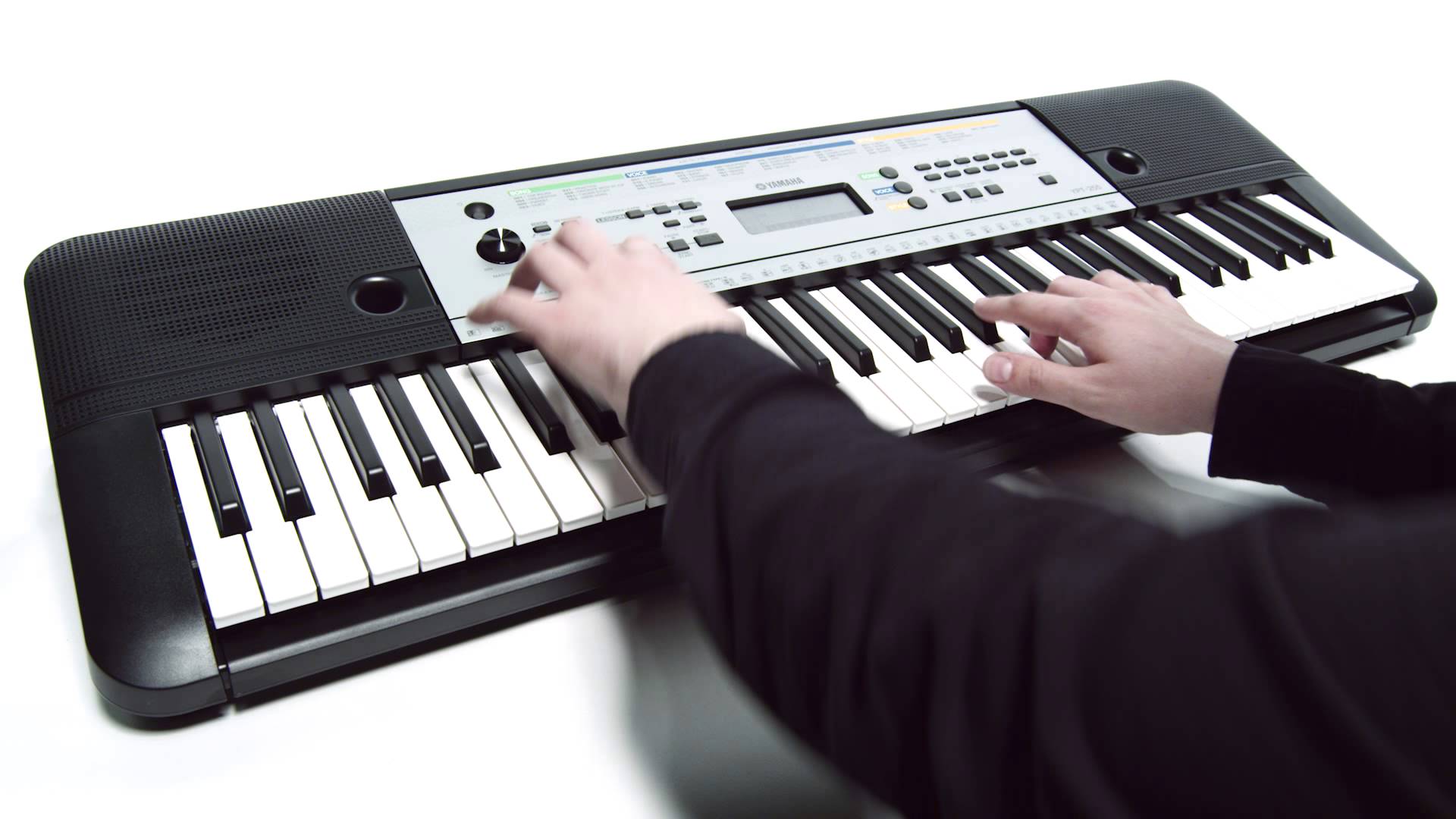 Backing tracks are there to make it even rowdier. You can choose a style of backing track to play along with. Every Yamaha keyboard has a song bank and Yamaha YPT 260 has 112 songs. These songs ranged from classics to modern.

Yamaha Education Suite is a 9-step program that helps beginners to become decent at playing a piano. There is a ‘journey’ that beginners can follow to improve their skills. To help this, Yamaha YPT 260 can be connected to phones, tablets, computers, and other devices. Yamaha YPT 260 can be integrated with other apps that can be used from a phone or tablet. You can also record directly to Yamaha YPT 260 thanks to the onboard recording feature. Recording snippets, entire songs, practice sessions, backing tracks and more is very easy.

Overall, Yamaha YPT 260 is a great digital piano that can be used by both beginners and experienced players. The features are well made and accommodated by buttons that are easy to use while playing the piano. The reviews have been positive, and Yamaha has proved once again as one of the best digital piano manufacturers. 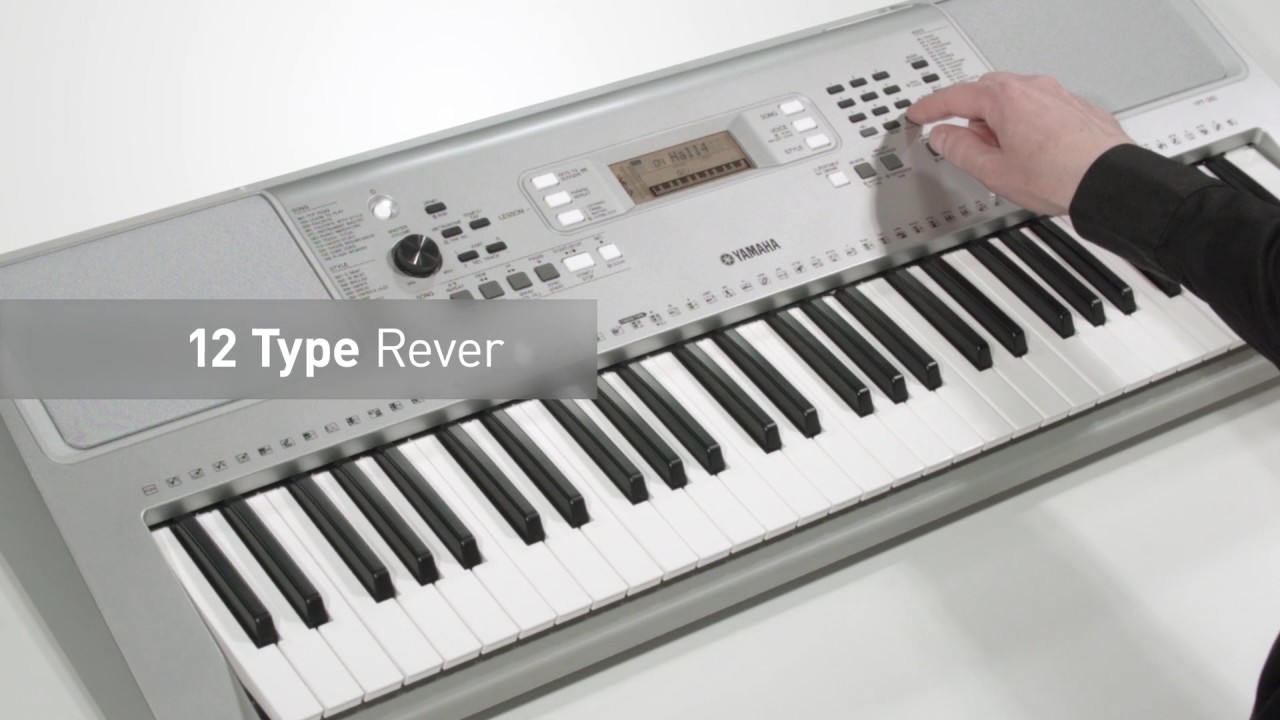 Yamaha YPT 360 is considered to be a premium digital piano on the market. The biggest difference from 260 is the touch sensitive keys design. This feature gives users the experience of a traditional piano when playing as the key plays louder the harder they press. This feature is a big deal among other digital pianos especially at this price range.

Other features that Yamaha YPT 360 has is similar to 260 but with more variety. There are 574 voices and 150 arpeggio styles that can you experiment with. 260 already give the user a lot of freedom and Yamaha YPT 360 is even better than that. Yamaha YPT 360 also works with USB and Midi, you can just plug it into your laptop to transfer audio.

Overall, Yamaha YPT 360 is clearly much better than 260 but it comes at a higher price. Everything about this piano is high quality, exactly what you’d expect from a Yamaha keyboard.

Both Yamaha YPT 260 and 360 are top class keyboards. These keyboards can be used by beginners who want to learn how to play piano and experts who want to experiment as much as they can to create new sounds.

Yamaha keyboards are made really strong and sturdy, and to last for a very long time. So, which one of these should you buy? Yamaha YPT 360 is clearly the better keyboard with touch sensitive keys and more features compared to 260. Touch sensitive keys are considered to be the best feature of 360 since it’s the biggest difference between a traditional piano and a digital one. But Yamaha YPT 360 is more expensive than 260.

If you want to save some money and are looking for a good keyboard to help you or someone else play a piano or just simply as a gift, Yamaha YPT 260 is a great purchase. It has everything that you’ll need out of a keyboard. But if you really want the touch-sensitive keys and don’t care about the price tag then Yamaha YPT 360 is the best for you.