Piano is one of the most popular musical instrument in the world and continues to attract many new players to learn on how to play the instrument. For those who don’t want to spend so much on a classic piano, you can opt to electric ones just like Yamaha P71 vs P125. These two are among the company’s most popular units and if you are also interested in them, go check our article below to see what separate them from each other or which unit suit your preference the most. 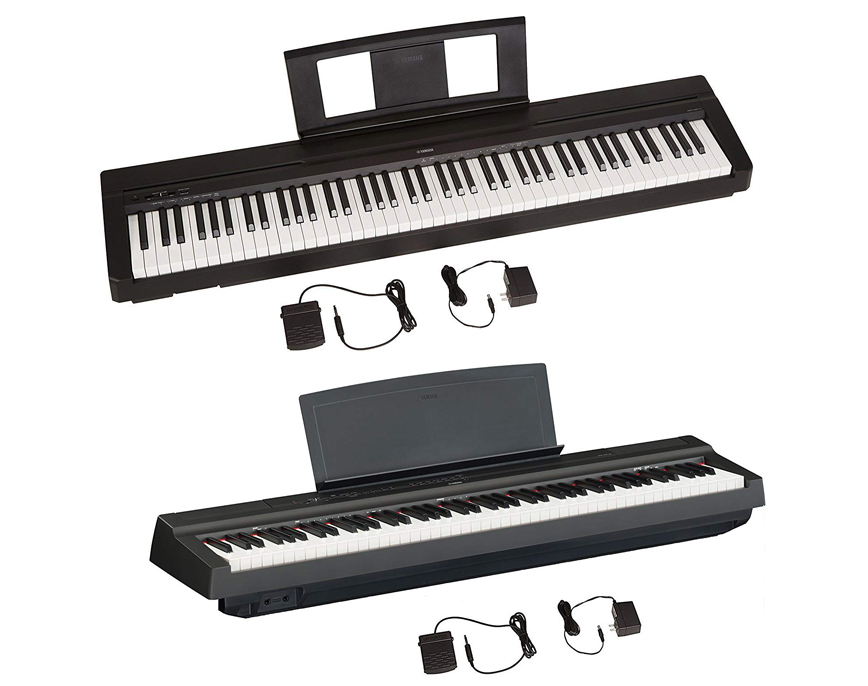 About Yamaha P71
Yamaha is almost always appear in people’s list every time they want to purchase a new electric piano since the company is well-known to release many good quality units with a friendly price that won’t hurt your bank account. The P71 itself is the company’s exclusive digital piano with Amazon and is already very popular among new learners for the affordable price yet still comes packed with useful features and of course good sound. For starter, it is sporting a weighted action keys.

Yamaha P71 Design
As you can see from the outside, Yamaha P71 is a 88-key full keyboard, so it is good for either beginner or those with more experience since the key less than 88 will limit some of those players. One of the good selling point of this piano is the body since it is slim and lightweight with a depth not exceeding 13 inches making it easy to store when not in use. When you decide to purchase the piano, you may choose from 2 different packages; the one with only piano or with the accessories.

Yamaha P71 Features
As it has been mentioned earlier, the Yamaha P71 is coming with 88 realistic weighted action keys which is intended to give you a similar feeling like when playing a real piano. This key is made by the company’s entry-level Graded Hammer Standard that is known to have a better quality than some other brands out there. This piano is said to bring a premium acoustic piano voices backed with quality sounds and beautiful resonance. Read also: Yamaha P71 vs P115 here. 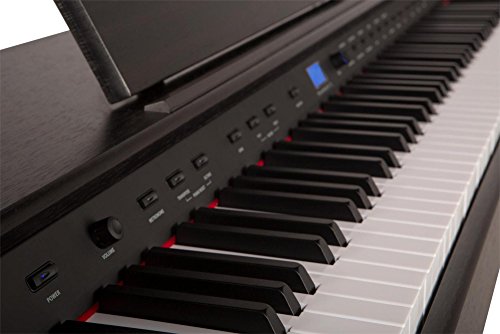 Even though the piano is aimed toward both beginners and those with little more experience, the controls and set up are just as easy with just plug and play. It is not that complicated since it is still a new-entry level, so you can just jump right in and play whatever song you want. Yamaha P71 has 10 different piano voices and instruments, so you can have a wide variety of options for your performance including the classical sounds such as orchestral instruments like strings or horns.

Yamaha P71 has 64 polyphony and can be connected to your PC through a USB port, so now you don’t have to be afraid of losing what comes in mind since you only need to plug the cable and record it in your computer. You will also be able to make the piano to replay what you have been played to use it simply as playback or as duet to play along your own music or to play two different instrument voices.

About Yamaha P125
Yamaha has many other products to pick if you need to find your next electronic piano and just recently, the company released their new units, Yamaha P125 which is their latest entry into the “P” line. This one is said to replace the very popular P115 and of course since it is released later, you will also hope to see some of their new upgraded here. As Yamaha’s new mid-range piano and the next version of the older brother, it is still mostly inherited the former model’s elements.

Yamaha P125 Design
Just like you may already know, the “P” in the line means portable, so the pianos here are mainly built to be light and compact including the P125, which is great for those aspiring musician who often on the road a lot. It is a full 88-keys but weighing only at around 11.8 kg with an approximate dimension of 52 inches wide, 6.5 inches high, and 11.6 inches deep, so beside being easy to carry, it is also compact to store when not in use.

Yamaha P125 Features
Just like many other pianos from the company, the P125 is also still using its Graded Hammer Standard which is weird since many other manufacturers are continue improving their technology to creates a better quality, so even though they claims that this piano has been tweaked to provide more natural feeling, it is still the same old technology. This piano is also touch sensitive, so the sound produced will depend on how strong you press the keys.

Thanks to the 4-speaker system, P125 will give you a good dynamic range from the softest pianissimo to the loudest fortissimo. The touch sensitive is adjustable and while the medium will provide a closest feel to the real thing, you may increase or decrease the level to suit your style. You can have an access for the built in tones consisting of piano, electric piano, organ, clavichord, strings, and bass 24 sound in total. The amount of polyphony here remains the same as P115 with 192 notes.

Yamaha P125 is also offering several other features such as dual mode, split mode, and duet mode. As for the connectivity, it has the same set as P115 like 2 headphone jacks, USB to Host port, Aux Out jack and Sustain jack.

Comparison
Now, let’s compare Yamaha P71 with P125. As it has been mentioned earlier, the P71 is more affordable and better suit beginner while P125 is coming with more powerful features, so it suit more advanced players. P71 comes with 64 polyphony and 10 sounds while the other has 192 note polyphony and 24 sounds as well as better speaker with clearer and better audio resonance.

- CF SOUND ENGINE: Faithfully reproduces the tone of the Yamaha 9' CFIIIS concert grand piano
- WEIGHTED ACTION: GHS 88-key weighted action, heavier in the low keys and lighter in the high keys
- 192 NOTE POLYPHONY: Allows you to play complex passages on your keyboard without any dropped notes
- DAMPER RESONANCE: DSP recreates the sound of the inside of a grand piano when the dampers are off the strings
- USB to HOST: Connectivity with MIDI and audio transfer permits easy connection to your music-making software
Shop now at Amazon

Conclusion
All in all, the decision is all yours to make. In our opinion, it is good to pick the one that match your level and budget or preference. However, if budget is not an issue, we will recommend you Yamaha P125 because it come with more capabilities than P71 and if you pick the piano, you won’t need to upgrade it anymore when you move to higher levels.

Tweet Pin It
Tags:Yamaha P71 vs P125
techbuckarch.com Copyright © 2022.
Theme by MyThemeShop. Back to Top ↑