Electric piano like Yamaha P45 Vs Casio CDP 130 are a great choice for anyone who want to polish their skills at home or learning how to play the instrument because they are straightforward and very affordable so almost anyone can get one. However, it doesn’t mean that they are absolutely identical to each other so before you shop for one, let’s see what they can offer below so then we can choose the best option between the two. 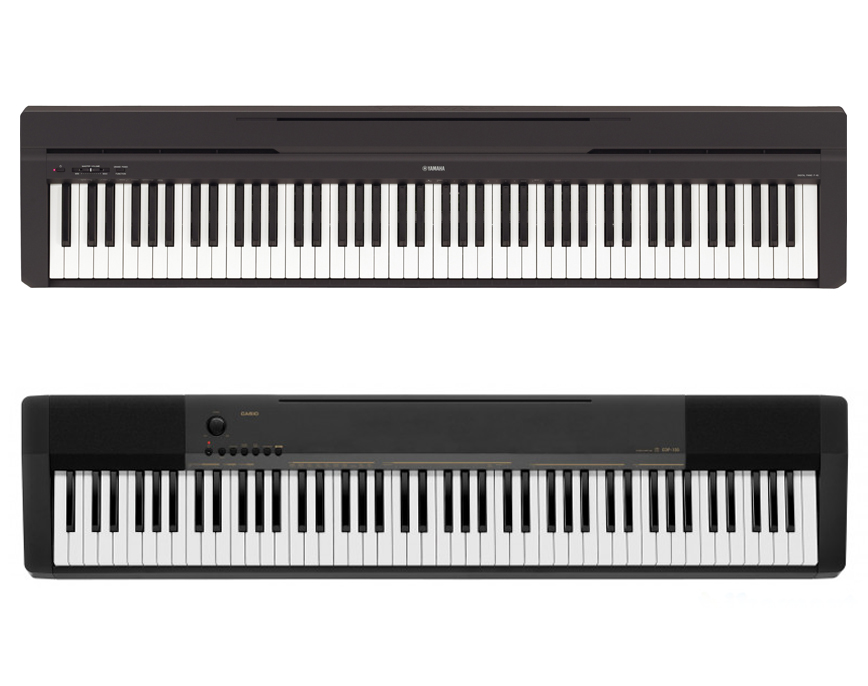 Benefit of Learning Piano
Almost all of us have favorite instrument whether it is to play or to listen in your favorite songs or even both. Instruments often taught in school or at courses when children are in the development stage and most of us are going with piano as the first musical instrument which often being continued until we grow up but it is not rare to see children begin to leave it as they see a more interesting thing to pay attention to.

However, it is understandable why piano is loved by many and being the start of our music journey because this instrument is unique and not all of the similar kind can deliver the same things.

– First is their immediate gratification because it sounds good at instance no matter if we ever touch a piano before or not because what we need to do is only pressing certain key at certain timing for starters unlike for example with violin which hand technique is already hard to properly master.
– Second is piano also providing a solid foundation for your musical experience or learning because it can play a greater range of notes than any other single instruments. In addition the layout is very intuitive with lower notes on the left and higher notes on the right. With this, students can learn more quickly since the music sheet translate well to the layout.
– Some instruments require both right and left hand to play simultaneously including a piano and it is great for students and beginner to play both melody and the accompaniment together which means the brain is playing two sets of notes at one time.

Shopping for Electric Piano
If you are a beginner or just starting the journey, it is good to have a unit at home because practice makes perfect and if the real piano requires too much of cost and care, portable keyboard should do the job just as good. However, we still have to choose them carefully because not all of us will have the same needs or preference but the most important in our opinion is deciding based on our level of playing or skills.

Those who just get into piano will be better with those models equipped with learning features such as Casio CTK 3500 Vs 4400 because they are rich in additional practice function. Those with more experience will pay attention more into the sound quality especially those higher model with sound almost perfectly mimicking the real piano. In addition, those who need one for the purpose of recording will need certain type of port as well to connect to their computer, such as through a USB cable.

About Yamaha P45 and Casio CDP 130
Another important part to prepare first when shopping for a digital or electric piano is the price level because apparently, there are so many similar options with great price gap, making it hard to decide quickly. After you set the proper budget, it is time to see what the market has to offer based on how much we can pay and what do we need from the instrument. If you want a good quality models, going with the well-known names can be a quick solution. 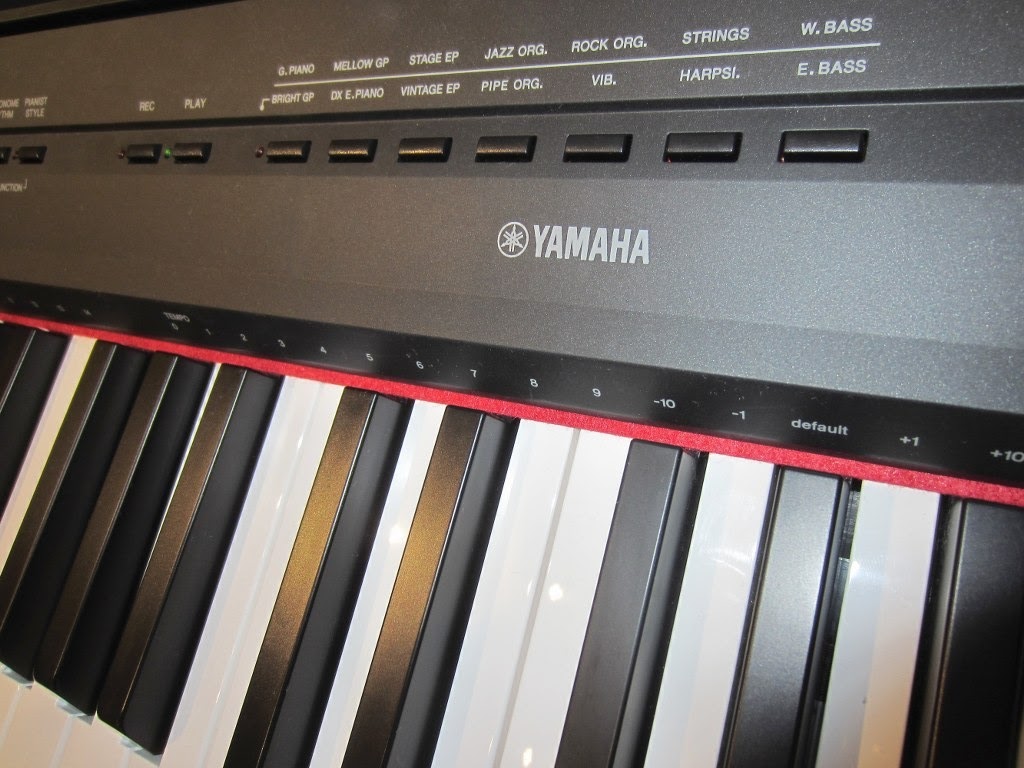 Among those many big brands that offer electric instrument like piano, Yamaha and Casio sure stand among their peers because they have been popular for quite some time and their long history on making instruments are not doubted anymore. However, the problem is on the option for they do have many inside the collection yet, if you are here to polish the piano playing skills, the P45 and CDP 130 from these respective brands are two ideal options to look at.

Both of them are the entry model from each brands and it is sure mirrored by their price range which is under $500 and while they are not a new release products anymore from the company, it is still true that they are an upgrade from the previous generation, in this case the P35 and CDP 120 so if you ever played or owned any of them, these two will be very familiar. Due to the price range, we have to keep everything simple with Yamaha P45 and Casio CDP 150.
While they are an entry level, these pianos are not made to be extra intuitive in terms of learning feature because

there is virtually none so we have to take care of the basic skills first before being able to play the instrument properly. Their sound quality is also acceptably nice and very well-tailored to mimic the real sound of acoustic instrument but still no match to those priced twice or three times more expensive.

Yamaha P45 and Casio CDP 130 Design
As you can see on the sample picture above, both of them are 88-key electric keyboard and equally retain the minimalist look because there is almost nothing we can access on the top except for a few set of buttons to go into their available features. There are two speakers placed on each one of their top side and if you see closely, they also similarly have a slot to place the music sheet when needed. They almost have the same weight but Yamaha P45 is just slightly heavier.

The one we used as an example today is the black version and Yamaha only have this fashion for the model but for the Casio piano, beside this black color often stated with “B” they also have the “SR” version or silver just in case if it fits your tastes better.

Yamaha P45 and Casio CDP 130 Keyboard
Coming further, let’s see what technology they have been using to build these electric computer because it will affect the feel on how they will perform later and both Yamaha P45 and Casio CDP 130 are coming with 88-key Scaled Hammer-Action system in which Yamaha is using their own technology called GHS. The one they used here are the budget version or entry-level from the company but it is still better than none since it will provide heavier or lighter touch on the proper keys. 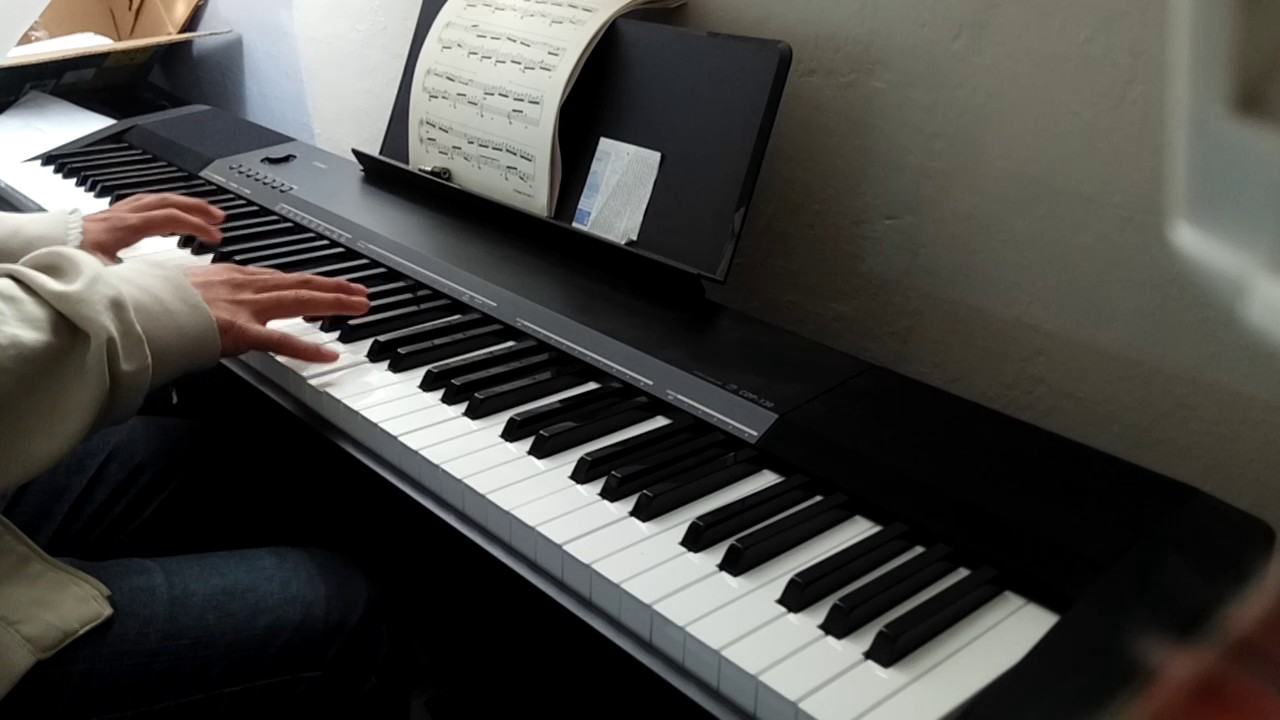 In addition, we can also choose the sensitivity in each one of them between 4 available settings from each one of them including deactivate it when needed so we can play while properly master the different dynamic that the real acoustic piano can offer when playing softer or louder.

Yamaha P45 and Casio CDP 130 Sound Engine
On the sound quality Yamaha and Casio is using their entry-level technology as well with the popular AWM dynamic sampling technology and the classic AHL Sound Source engine. The sound came out of these pianos are very well pleasing and overall sounds good for the price range because they are based on the real instrument. In addition, the Casio CDP 130 is also upgraded from the brother CDP 120 by being added with more tones so now it has 10 instead of 5 which is the same in P45.

As for the polyphony count, now Yamaha is packing 64 which is higher than Casio CDP 130 with its maximum of 48 notes and it means the former is more capable when it comes to playing a more complex sheet without the risks of dropped notes. Additionally, they have layering function but Yamaha also have Duo mode ready.

Yamaha P45 and Casio CDP 130 Speaker
Moving into the output, as it has been mentioned above that Yamaha P45 and Casio CDP 130 are similarly packing two speakers to deliver the sound for more audience to listen but overall Casio is packing more with two, 8W each as opposed to Yamaha with the same size of speaker but is at 6W each. However, they are still capable to fill a small room with some people gather to enjoy your performance and definitely have no issue inside a bedroom.

Yamaha P45 and Casio CDP 130 Connectivity
For those who prefer to play quietly, both of them are also featured with standard headphone jack so we can just plug our favorite pairs. In addition, if you plan to record or use it with a computer, we will get a USB port on each of these pianos so not only we can play and polish the skill but also create our own music or cover some of your favorite pieces or play some and save it for latter inspiration.

Comparison
Yamaha P45 and Casio CDP 130 are indeed a great choice for your training session or just for a casual piano to have at home and play occasionally and what makes it hard to choose between the two is their almost identical points and similarly good sound but, the prominent difference between these pianos is their polyphony count since Yamaha is higher at 64 counts.

Conclusion
All in all these pianos will be very helpful without asking much from your pocket and we are actually fine with any option yet, due to the price different, we do like Casio CDP 130 better because it is far more affordable with almost identical capabilities.

Tweet Pin It
Tags:Yamaha P45 vs Casio Cdp 130
techbuckarch.com Copyright © 2022.
Theme by MyThemeShop. Back to Top ↑