Digital or electric piano is a nice option for any student or player who are wanting to learn or improve their skill without spending so much on the real, acoustic instrument and don’t want to sacrifice the sound quality. For those experienced players, Yamaha DGX 660 vs Roland FP30 ate two high quality digital pianos that also offer more. If you are interested in these models, go check our article below to see how they differ and pick the one suit you the most. 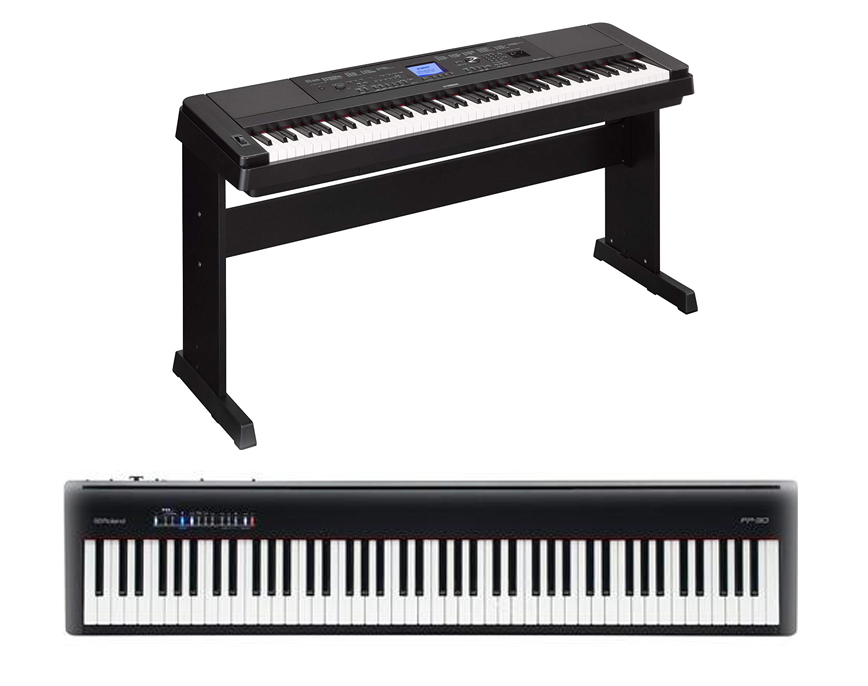 Playing a Piano
Music is an art that can be enjoyed by most people and easiest to access as well as understand because it directly affect our emotion so it is not surprising that music is already being part of our live whether we realize it or not since almost everyday we hear them being played in our TV, smartphone or nearby grocery stores. For some of us, listening to them is not enough and we want to try playing them as well for it is fun and interesting.

It seems that the amount of student learning a new instrument or polishing their skill never subside and even today, piano is still the most favorite instrument to play and we are including those learning keyboard here since they are generally played the same. While in fact piano is not the easiest musical instrument to master, it does not intimidate any new learners and young beginners to start getting comfy with this amazing instrument because it doesn’t require much effort to start.

Unlike some other instruments which require us to be good enough in technique just to produce a nice sound such as flute and violin, a well-tuned piano will only need a player to press the correct key at the correct moment to produce a nice melody so for starter, everyone can do it. Due to this easy start, students can feel more confident on continuing the lesson and will pick up the fundamentals of music faster than if they were playing other instrument.

Another reason, because piano is among the more fulfilling instrument to play since only a few of them can play both the melodies and accompaniment at the same time thus, for beginner, this feeling of playing more than a note at a time is very satisfying. In addition to why children are supported to play a piano is because the fundamental concepts of music theory are easier to see in this instrument than others for concepts like scales, half steps and chords are easier to see.

About Yamaha DGX 660
For many people, acoustic piano is out of question due to the high price and low portability level, especially for those living in a small apartment or housing and need to carry their instrument to gigs or live event. To bridge these players to the instrument, digital piano is created and while they doesn’t feel as authentic as the real one, most of them are made with the sound coming from an acoustic instrument so for the sound quality, they are very dependable. 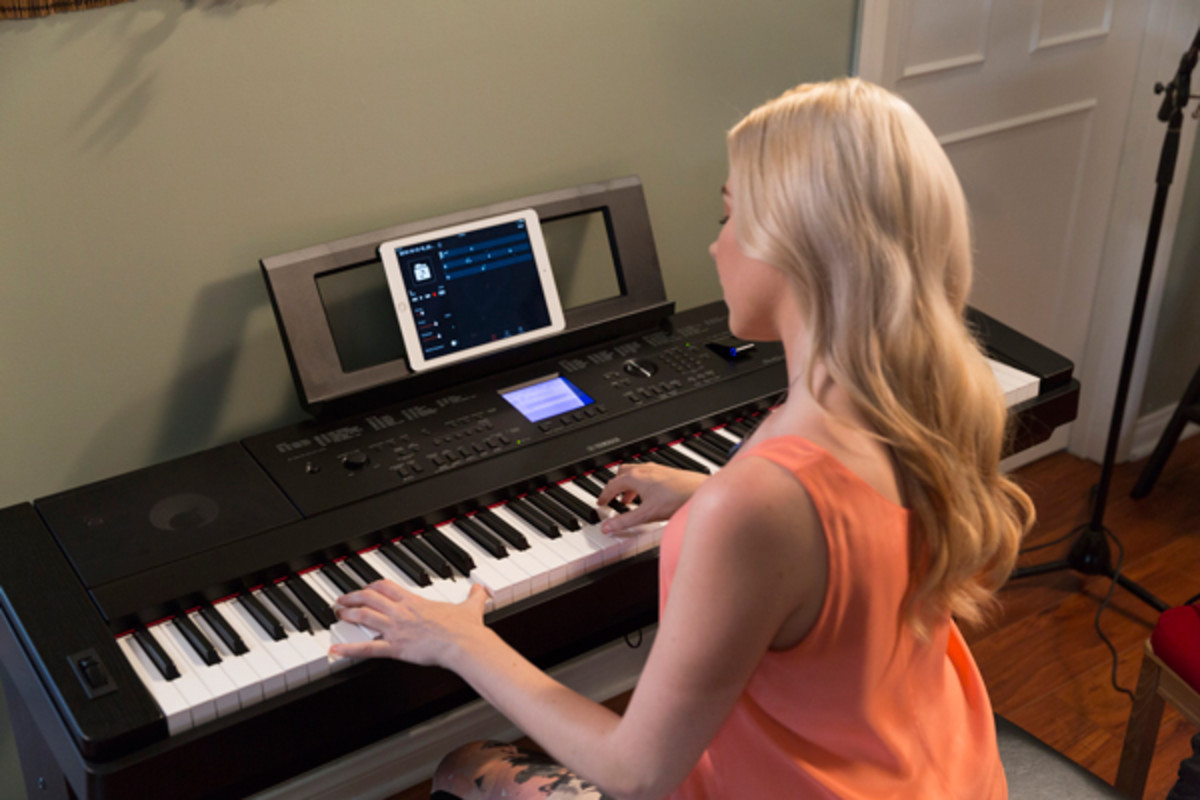 One brand that always offer good quality instrument is Yamaha and if you are a more experienced player or need more than just a digital piano, their DGX 660 will suit your need. This piano is dubbed as the flagship model of their Portable Grand and it is not without a reason because for starter, it is capable of producing a beautiful sound and what’s making the whole unit interesting is it looks like the combination or hybrid between digital piano and arranger keyboard for the much capabilities.

Yamaha DGX 660 Design
As you can see from the sample picture above, Yamaha DGX 660 is not exactly a portable piano because it is very bulky in our opinion especially those in P-line. The whole unit is measured about 55-inch wide and 17.5-inch deep with a thickness around 5.7-inch so it is not the light keyboard you can just carry around easily. With the package, there will be a stand included and it match your keyboard because the white version will have white stand and black will have black stand as well.

Yamaha DGX 660 Keys
Moving deeper about the keyboard, this model is still using plastic material for the keys which may not very interesting but understandable. It has a glossy finish on the white and matte on the black keys so it won’t be very slippery when you sweat. As for technology, Yamaha is also using the beginner standard here like in P-line since

Yamaha DGX 660 is equipped with GHS or Graded Hammer Standard which feels decent but definitely not the best.
It is weighted and have several sensitivity adjustment to suit your taste and preference. Being weighted is nice to help you getting used to the real instrument while the touch sensitivity adjustment is nice to give you a similar experience. Like many P line pianos, there are Fixed, Soft, Medium, and Hard level. Read also: Yamaha DGX 660 vs YDP 143B here.

Yamaha DGX 660 Sound Quality
A good piano should have a nice song as well and to give you a pleasant playing experience, this instrument is featured with Yamaha’s proprietary Pure CF sound engine. The sound you will hear here has been meticulously recorded from the Yamaha CFIIIS concert grand piano so it is not surprising to hear a nice and beautiful sound coming out of their speaker. In addition to this nice sound, the piano is also featured with 554 instrument sounds in total which we can choose anytime with 192 polyphony count.

Yamaha DGX 660 Features
On the additional features, Yamaha DGX 660 is coming with all the standard features you can see on Yamaha piano and for this model, we will have the most common playing modes including split and layering modes but without the duet mode. Split mode will split the piano in two parts with different sound while layering is just like the name, it will layer two sounds so they can be played at the same time across the keyboard. 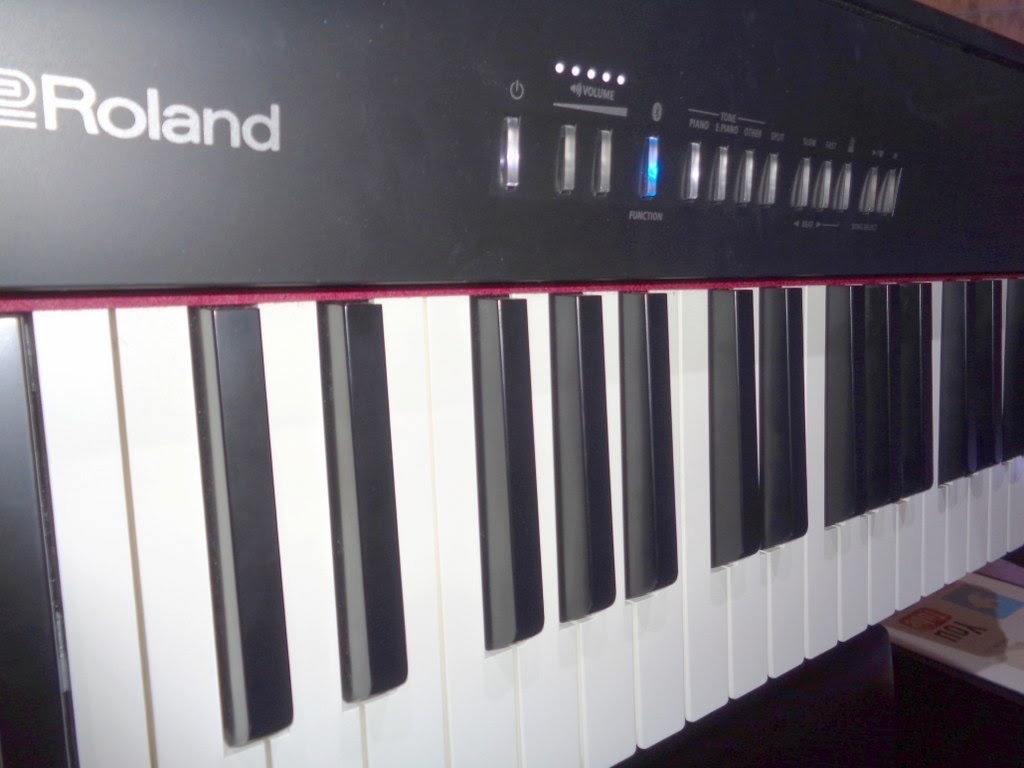 About Roland FP30
Due to the huge options you can pick out there, it is wiser to consider other brand and model as well. If you are more into high-end portable keyboard because you are an experienced player or a professional, FP30 from Roland may suit your preference better because this affordable unit will come with lots of features from its predecessor and the most interesting is the PHA-4 action as well as the new speaker and connectivity. While it is not the highest model from the series, it also not lacking in general.

Roland FP30 Design
Since this piano is design for those professional player who need to move and transfer their instrument a lot, Roland FP30 is featured in a compact case so we can put it on a desk or table without a problem. In size, it is fairly standard for a portable piano around 51.2-inch wide, 11.2-inch deep and 5.9 –inch high while weighing about 31 pounds. The control panel is kept simple with several bright buttons to select the sound available and there is no screen here like the more expensive units.

Roland FP30 Keys
Almost all digital pianos today are featured with hammer action including this model and what’s interesting is they use progressive hammer with ivory feel and escapement feature here. The progressive means they key will be heavier on low and lighter on the high-end like an acoustic instruments while the PHA-4 mentioned earlier is the improvement of its older technology meant to produce less noise and improved mechanism. In addition, there is 3-sensor key detection system to provide precise and authentic playing experience.

Roland FP30 Sound Quality
On the sound quality, Roland FP30 is coming with the popular SuperNatural modeling technology which mean the piano is made to mimic the 88 notes of an acoustic piano that has not only a different pitch but also a unique tonal character so they will change depend on how hard or soft you press the keys or dynamics. The mentioned technology takes full-length samples from acoustic instrument and using them to create a smooth transition between different samples, notes and velocities.

On the sound collection, this model is coming with enough sounds that you can pick whenever you want and all of them in total of 35 which is enough for most players as long as you don’t plan to compose with much digital sound while the polyphony is kept at 128.

Roland FP30 Features
On the additional features side, Roland FP30 already has the three main modes; split, layer or dual and duet mode. Split layer will separate the piano into two parts to play different sounds, layer is similar but instead of splitting the keys, they are layered and played at the same time and the last is duet play that will separate the piano into two parts with the same notes.

Comparison
Now, let’s compare Yamaha DGX 660 with Roland FP30. The difference between these pianos is on the general type and features inside because as a hybrid or digital piano and arranger keyboard, there are so many control and features options in DGX 660 including a huge collection of sounds unlike the FP30 from Roland. However, FP30 has the duet mode which is useful to teach and learn together that is not present in DGX 660.

Conclusion
All in all, the decision is all yours to make because we may have different preference and it is best to pick the one suit your application the best. If you often move the instrument, Roland FP30 will be the best option but if you are looking for an arranger keyboard, the better choice will be Yamaha DGX 660 because it is made for those who need to have a lot of features and sound collection.

Tweet Pin It
Tags:Yamaha DGX 660 vs Roland FP30
techbuckarch.com Copyright © 2022.
Theme by MyThemeShop. Back to Top ↑