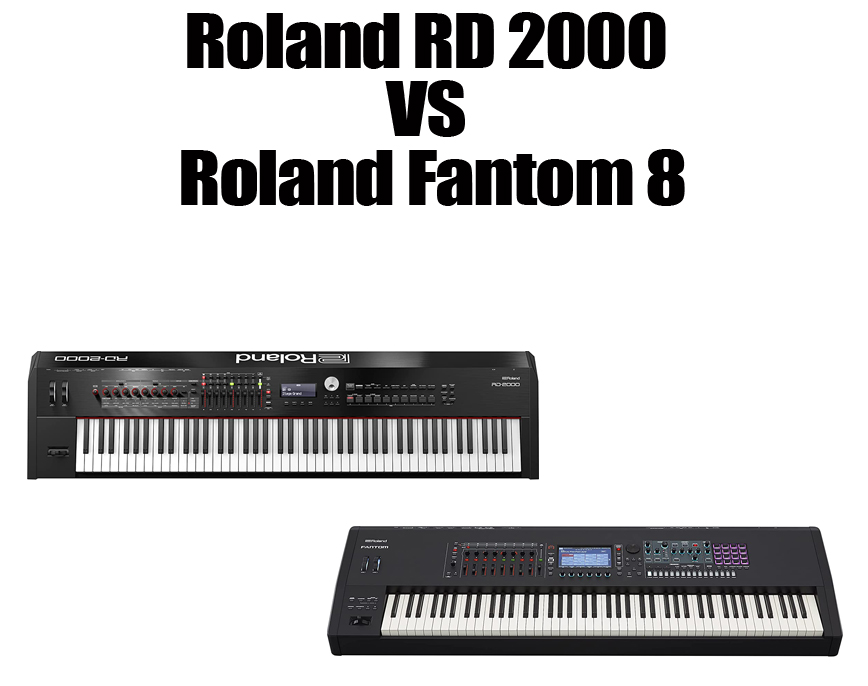 The world of digital pianos can be overwhelming not only because you can choose any of them but also with the growing terms that can often be interchangeable. However the good pianos are those that sound and perform good for your application such as the Roland RD 2000 Vs Roland Fantom 8. These pianos are ideal for experienced musicians for what they can offer yet, they are not the same as well so before choosing one, let’s see what they are below.

Digital instruments are in general very popular because they are more convenient and human love convenience so they are widely used both at home or as a hobby and in professional applications by experienced musicians. One of them is pianos and it is easy to understand why knowing that an acoustic piano is not only expensive but also hard to maintain. The digital version comes in handy for people who want to avoid spending a fortune or effort later.

However, there are so many different types of digital pianos that it can get quite confusing at times and there is this term of synthesizer as well that somehow refers to the same instrument. In general, the term digital piano is used for a digital version of a piano, usually coming with a table setup that mimics a simple acoustic piano yet much lighter and of course, producing the sound digitally so they need electricity to run and speaker to output the sound.

There is a similar instrument called keyboard as well and typically they are compact. What makes everything more confusing is there are lots of overlapping features between these types of pianos so this is never a firm characteristic but usually keyboards are more compact. Instead of being designed to mimic acoustic pianos, they are focusing on the sound variety. You can find them on various key sizes whether it is weighted or not. In addition, while digital pianos often pay more attention to quality, they can have the amount of sound collection keyboards have too.

Stage pianos such as Roland RD 2000 Vs Roland RD 88 are the example because while they are engineered to deliver high-quality sound, the varying amount of sounds and shaping they have are much higher than typical digital pianos. Sometimes, high-quality sound or natural sound is not what people are looking for from their piano but the ability to design and find their sound is much more important which is why there is an option called synthesizer.

They are more complicated to explain because the instrument itself is mostly meant to design rather than to play. It can be said that people begin with a harmonically rich sound source and then subtract the frequencies to achieve a more controlled sound so they typically use approaches like basic subtractive, frequency modulation, etc. The machine contains a synthesis engine that usually has an oscillator section, filter, envelope shapers, and effects chain. In general, they are used for sound designing as well as detailed editing.

About Roland RD 2000 and Roland Fantom 8 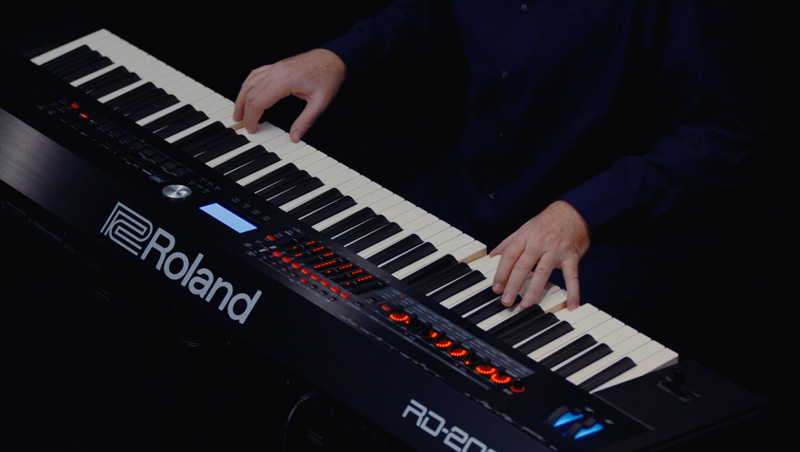 Choosing one can be quite confusing not only for the amount of options that you can get but also because the overlapping functions that sometimes make certain units more capable or versatile for your type of application but, just like any product, it is best to get the one that will work best for your purposes. The beginner or students won’t need something like sound shaping since we need to focus on the basics yet for professionals these are the reasons why we spend so much to get one.

When it comes to digital or electric pianos there are so many good brands to choose such as Korg and Roland. Chances are you have known some of their popular or high-end models but they are often quite expensive as well. However, with more budget we will get more from the product so it is necessary to consider it thoroughly. We do think balancing the budget and ability will be best since we get some of both worlds that are reliable without being too expensive.

For those who are going to use the instrument for tweaking their sound, keyboards variants and stage pianos are probably the more ideal choices. Roland for example is quite popular with their wide range of options to consider such as Roland RD 2000 and Roland Fantom 8. They are coming with similar abilities but not exactly the same. You can easily separate them as a stage piano and a synth because they are quite different at the core.

Most people are probably more familiar with the RD line as this piano has been around for quite some time while on the other hand Fantom line was just released in 2019. The Fantom 8 is also a higher model from the line and as you can expect, there are Fantom 6 and 7 with different amounts of keys and of course cheaper in comparison. The RD 2000 is a continuation of the RD 1000 from 1986 and as expected it comes with Roland’s new technology.

Before getting into what the Roland RD 2000 and Roland Fantom 8 can offer, let’s take a look into the instrument first. When it comes to build quality we do think there is nothing to be concerned about because both are equally robust and well-made. As a stage piano and DAW you can expect the two to have a quite different interface yet we do think they are made to ease users when navigating the menu as well as controlling the instruments.

Not only buttons and knobs, you get faders here and the most eye-catching features from Fantom’s interface is probably the pad on your right that can be used to trigger notes, samples, audio, as MIDI, etc. Another noticeable difference is their main display which is slightly wider on the Fantom 8 so it can show not only more information but also help with navigation. They have standard line out since none have built-in speakers.

Now for the most important part, let’s see what the Roland RD 2000 and Roland Fantom 8 can offer starting from the keys and while this is usually not the most important for an instrument made for sound designing, both of them are coming with full-weighted key, the same PHA-50 which is also known as hybrid mode since the mechanism is using both plastic and wood below the keys. This results in a very similar feeling to grand piano and also among the best out there.

The keys quality is also something to be highlighted here because while it is plastic, the surface has this ivory-feel that gives them a natural feeling while preventing slip too. Depending on your personal taste, we do like the texture of these keys. Additionally, the PHA-50 produces a subtle notch when you press the key down around in the middle. It doesn’t have any functions but still a great addition for experience. 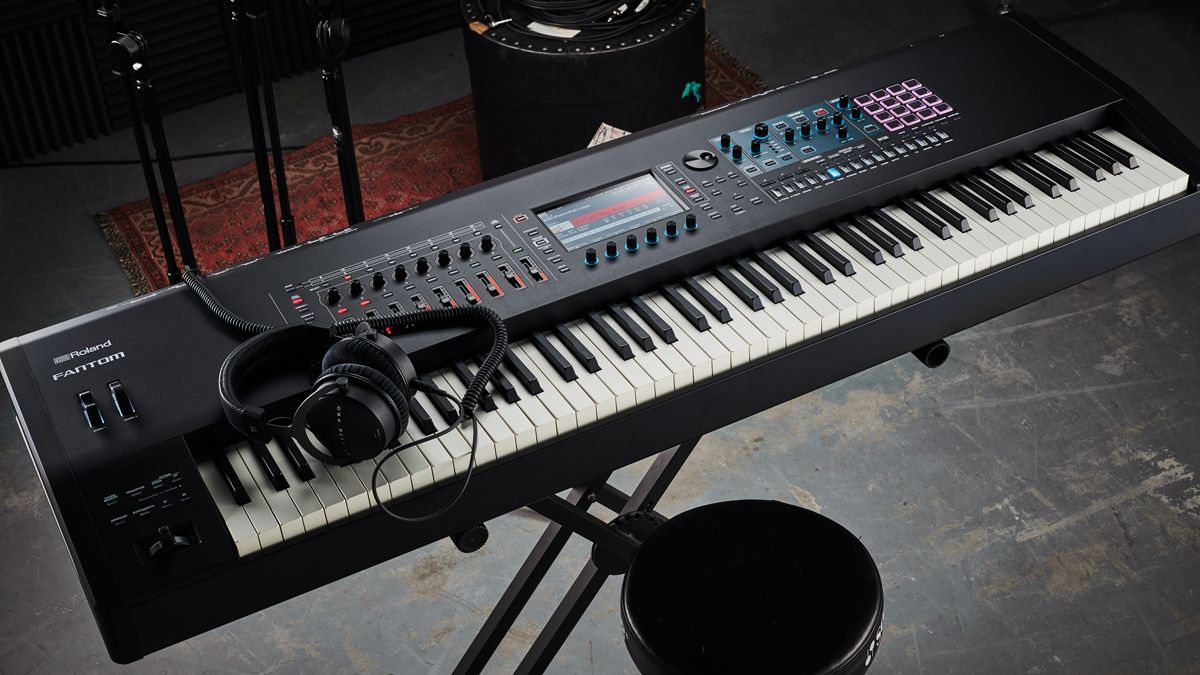 Next for the sound engine, the Roland RD 2000 and Roland Fantom 8 are similar but different because Fantom is a DAW and it is focusing more on the sound designing, composing functions instead of a performance focus instrument. The noticeable difference here is V-Piano technology which is Roland’s modeling sound tech and since there is no sample involved, this allows the piano to perform a lot more editing than when it is sampled. In practice it works impressively to mimic the details such as hammer noise and sympathetic string resonance.

Additionally RD 2000 also has SuperNATURAL which is used by Fantom 8 too. This is hybrid sound engineering and is more focused on the electric piano sounds as well as sampled workstation tones like bass, synths, strings, and pads. What makes Fantom 8 special is the addition of ZEN-Core that you can find on the RD 88 too. This is a very powerful engine that contains PCM, V-piano modeling, VA waves and is open to upgrades in the future.

Lastly for the connectivity, Roland RD 2000 and Roland Fantom 8 are pretty much the same with one standard ¼-inch headphone jack, XLR output, and analog output. We can use them as MIDI as well and there is a line to plug your microphone in. There are both USB ports for memory and for your computer. On the accessories we can add standard pedals like Roland’s R3 and not so surprisingly, being larger the Fantom 8 also requires more power than the stage piano.

Comparing Roland RD 2000 to Roland Fantom 8 is like comparing two similar options made for different people. Being a composer or a synth Fantom 8 is more powerful and complex in terms of sound shaping and engineering while the RD 2000 is focusing on playability and overall it is simpler. However, the experience is not far different and Fantom 8 is a great option as well but probably better as DAW in your studio than played live.

Considering what you will need from the piano is important to decide which fits the application the most and between the two if you just need a digital piano then RD 2000 is an ideal choice but if your main purpose is to compose songs, we do think the extensive features from Fantom 8 is more attractive.

Tweet Pin It
Tags:Roland RD 2000 VS Roland Fantom 8
techbuckarch.com Copyright © 2023.
Theme by MyThemeShop. Back to Top ↑