Acoustic pianos and digital pianos differ in terms of sound. The acoustic sound of a piano is clearly a natural sound, various factors that affect the sound such as resonance, soundboard vibration and all its complexity will affect the character of the piano sound and will appear naturally according to the piano design.

In digital pianos, generally the sound is taken from a single key sampling with several variations in pressure ranging from the softest touch to the hardest pressure. Then every single key sampling is also used for the notes on some of the surrounding keys by stretching.

Whereas in general piano playing, several keys are pressed simultaneously where the resulting natural sound is not as simple as sounding several sampled notes simultaneously, because in fact on an acoustic piano there are other factors such as the resonance character both on the soundboard or resonance with other strings that have an effect on adding nuances of sound produced when several notes are played simultaneously. 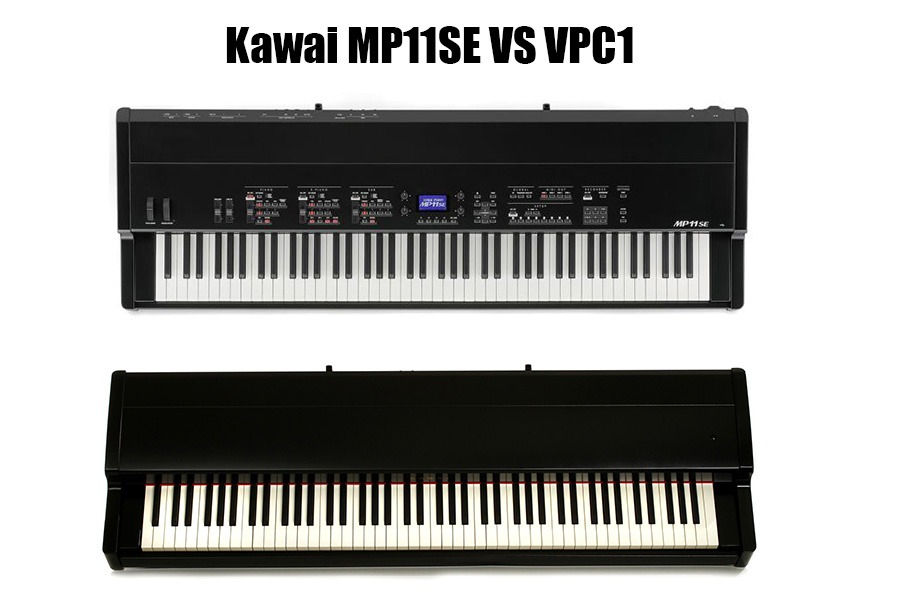 Although an acoustic piano has a more natural sound, it only produces one tone / color of the same sound. Everyone has different tastes, and just like picking a food, some might not have the same idea. There are so many things that affect a piano’s character, even from the same piano manufacturer there can be various acoustic piano models with different sound characters.

On a digital piano, for a variety of piano sound tones, it is clearly superior, because generally digital pianos provide several variations of the sound of piano tones, for example a concert grand, upright, pop grand, jazz piano, bright piano, mellow piano where the sound characters are different from one another.

Whereas on a digital piano the number of variations of the sound available in one device generally includes various types of piano sounds, plus the ability to edit the notes allows users to find the sound that suits their taste best. Not to mention the feature for layering piano sounds (for example with string / pad sounds) so that it can add variety to the sound during the performance.

Today, we have two things we’re gonna talk about. Surely they are pianos, the notable pianos from one same popular brand. We’re not talking about Yamaha, Casio, or Corg here. Instead, we’re gonna put the highlight to Kawai with its MP11SE and VPC1. Price stretches as long as Golden Gate Bridge, so you may take that into consideration.

At a staggering price of $ 2.799, you can get yourself one of the best stage pianos out there. Carrying the letters “SE” behind it, this came as the second brother of the original MP11. Since the price is notably higher than the original, surely there must be something to dig in. Some of you may even wonder, is the price actually worth it?

There are several changes that can be found, one of them being the cosmetic change. MP11SE is looking good with its side panels that are polished with ebony instead of brown or rosewood, bringing the new and true identity of the SE. It’s a fine upgrade from the basic one, and most people absolutely in love with it.

Aesthetic enhancements are not only coming from the design, the sound aspect has got it as well. There’s a sound improvement within the MP11SE that could be felt directly by the user, plus there’s one thing that you can’t really miss, the pedals. The three pedal units in the MP11 were made by another brand, Fatar. But now, Kawai has added their own pedals into the MP11SE, filling up the hole of originality without abandoning the aspect of quality. Read also: Yamaha MX61 vs Korg Kross 2.

Action here is quite like Kawai’s Grand Feel piano action. You can find some characters of a grand piano, including the same length of pivot point and the long wooden keys that’s also featured on this piano.

For the good ol’ Kawai users, surely they must’ve been familiar with Virtual Technician, an additional app provided by Kawai for controlling many things including sound, tuning, touch level, and many more. What’s amazing is the MP11SE now has the built-in one, so no additional download or inputting processes needed. All you need to do is push the simple buttons and then you can just add your desired mechanical noises. Simple, very convenient, and really practical. 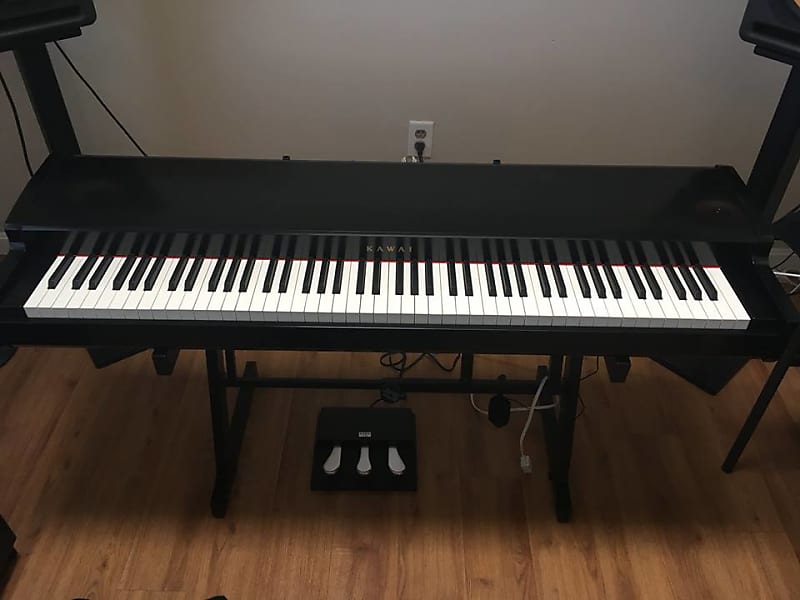 It’s like waking up to the same dream all over again. Kawai VPC1 does have some similar characters with MP11SE. It has the beautiful grand piano keyboard looks with additional touch of ebony slab. Back side is the home from MIDI and USB ports, but sadly the audio jack is nowhere to be found. All is already amazing, until you connect it to your great virtual software piano.

Kawasaki undergoes the word of minimalism with this controller-only VPC-1, left behind a grand piano action accompanied with warm-looking wooden keys. It still has the Kawai’s triple pedals, and you can find the Midi in/out plus USB power for powering the product.

You can find the five factory curves here that’s specially designed by Kawai, a touch curve editing for controlling the velocity response. Create the curves for the entire keyboard as you like, or do it specifically for individual keys.

A great musical experience is the thing that’s guaranteed from this simple-looking keyboard with grand piano action that’s equipped with a complex physical machination.

For the enthusiasts, we think that Kawai MP11SE could be the best for them. Even though it has the same grand piano action, you can get more friendly features from it, including the effective MIDI controller and even better with 40 different internal sounds.

Tweet Pin It
Tags:Kawai MP11SE Vs VPC1
techbuckarch.com Copyright © 2022.
Theme by MyThemeShop. Back to Top ↑